HOW TO GET THE VIDEO TUTORIAL

1 Visit the sales page. CLICK here.
2 Pay by clicking on the big orange button
3 Automatically LAND on the download page.

If you still have problems, please let us know, by sending an email to admin@pianotuninghowto.com . Thank you!

Ask me ANY pianotuning related question
Use comment section at the bottom
I will respond within 24h!

TAKE ADVANTAGE OF THIS INTRODUCTORY OFFER

THE COMPLETE VIDEO TUTORIAL THAT WILL TEACH YOU HOW TO SAFELY TUNE YOUR OWN PIANO!

At last, a professional piano tuner reveals the secrets of piano tuning.

Start saving money by performing touchups yourself between your tuner's visits!

YOUR'RE ONE CLICK AWAY FROM STARTING YOUR NEW BUSINESS

Want to tune your own piano?

Tired of searching how to tune a piano on the web for weeks to find only partial, fragmented and often misleading information?

Fed up with fake formations (eBooks)?

You’re passionate about piano and it really bothers you to hear an out of tuned piano?

If you had the financial means, you’d call your piano tuner every three months?

Want to save loads of money?

Want to start a new business and be your own boss?

Just imagine the privilege of being able to touch-up pianos that you didn’t chose for your public representations!

Learning how to tune a piano yourself is possible!

Especially when you have a professional that follows you step by step.

This is exactly what PianoTuningHowTo offers you!

A complete formation on how to tune your own piano

I've been tuning pianos for more than 35 years.

I know how frustrating it could be to spend thousands of dollars on piano tuning formations and/or to find so called "specialists" that guaranty miracle results but fail to deliver.

Offers on the Internet abound but the fact remains:  the glaring lack of seriousness and competence often encountered. Especially those that offer you to learn piano tuning with an eBook as sole support!

To hear and understand the different acoustic phenomena involved in piano tuning, it is imperative that the sound and recording of the tutorial be nothing less than perfect.

I've seen too many incompetent tuners in my career and with this tutorial, I want to contribute to unmask this incompetency.

The base on which piano tuning rely is the mastery of gestures associated with the practice. These gestures and movements are virtually impossible to demonstrate only in words. Even illustrations are sometimes insufficient.

This is the reason why many professionals agree that:

"The piano tuner profession can not be learned other than with a specialist who follows you step by step."

This is also my opinion and it is with this state of mind that I've created...

What you will learn by following PianoTuningHowTo

I’m perfectly aware of your eagerness to learn quickly
but because I respect you, I will not lie to you unlike some who teach
with methods not supported by any theory.

That’s why this training will take you by the hand

from beginning to end of your learning and will deliver
a solid theoretical foundation from the start
that will support the final practice.

INCLUDED IN THIS PIANO TUNING COURSE

Each of the 5 videos contains well organized specific chapters.  They share the 11 chapters total.

This 150 pages eBook transcript is easy to print and carry with you anywhere even on your mobile device.

The complete MP3 audio transcript file you can listen anywhere or while driving your car for example.

If you act NOW, you will get this “PIANO TUNING” book for FREE.  A simple and accurate method for amateurs from J. Cree Fisher that will help you further. 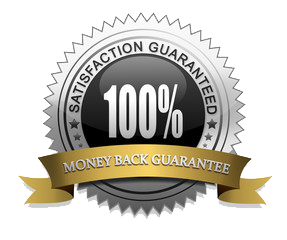 You can buy with confidence, I got you covered!
I am confident you will love this tutorial like everybody else that bought it before you but if for any reason, this product does not meet your expectations, within 30 day I will refund your money no questions asked.

START WITH A SOLID BASE

You’ll find out that nothing is left unanswered. Everything is covered to give you a solid base. This tutorial is design to bring your from point A to point B without omitting anything.

I don’t believe at the approach of keeping silent the theoretical part in making you believe that piano tuning is easy and just technical. This attitude doesn’t service anyone. Neither you and certainly not the “expert” who delivers it.

There is an interesting theoretical knowledge that you must assimilate to eliminate any insecurity facing the piano tuner trade.

Rest assured, I am good at transmitting the knowledge. I am very curious by nature and science always fascinated me. You will see, I shall convey this passion to you and together, we will have fun!

So don’t be surprised if I teach you how to silently close a door as an example!

“Hi, I’ve taken the course in my home and I’ve learn more in 3 hours than since 1 year and a half learning by myself! ” Mario is really passionate and answer all questions. A must for anyone who wants a solid foundation. Again, thank you Mario.

Ste-Anne-Des-Plaines, Québec.
“Thank you for your site, really welcome to demystify piano tuning and make it accessible!”

Is it OK if I'm a complete beginner?

Although this tutorial is quite advanced, it is mainly geared towards the complete beginners.

Why do you say "it is quite an advance training"?

Because I don't believe in "stripped off" teaching.  Because I respect you, nothing is left unanswered.

What are the qualities needed?

Does this training include tools?

No but on the piano tuning tools page of this site, you will find the basic tools you need to start.

Is there any documentation included?

This training comes with 5 videos but it is also bundled with an easy to read eBook you can read while in a waiting room for example.  It even comes with an MP3 audio file you can carry and listen to the complete tutorial while driving your car.  Not to mention this other FREE bonus eBook on piano tuning by a famous technician.

When will I receive my tutorial?

INSTANT ACCESS!  As soon your payment on secure server is completed, you will receive a confirmation with a link to the download page.  Since the tutorial is downloaded to your machine, you will have 7/24 access so you can learn at your own pace.

How much money can I earn?

I charge $105US but as an apprentice, you might want to lower your rates to something like $70US at the beginning.  Once you reach a good understanding of the trade and your skills are up to standard then you can charge as much as I do.  Don't forget to charge more if there the client is at an hour drive from your business.   I don't believe you can honestly tune more than 4 pianos/day but figure it out by yourself, 4 X $70 = $280US/day is NOT bad!

How fast will I make money?

This all depends on you abilities and talent.  Generally in the first year, you WILL NOT charge anything to tune your friend's piano or the Church Hall piano.  People are kind enough to let you "practice" on their beloved piano so charging them a fee on top make no sense.  You can accept tips though!

As a PianoTuningHowTo customer, you will have FREE access to privileged support. I answer all questions. Use the comment form bellow to ask me anything, I usually respond within 24h max.

It's like having a distant private teacher at your disposal!

Order now and contribute to harmony in the Universe by tuning a piano today.